Leaders of B2B Podcast Episode 22: DNA Based Computing with Dave Turek of CATALOG 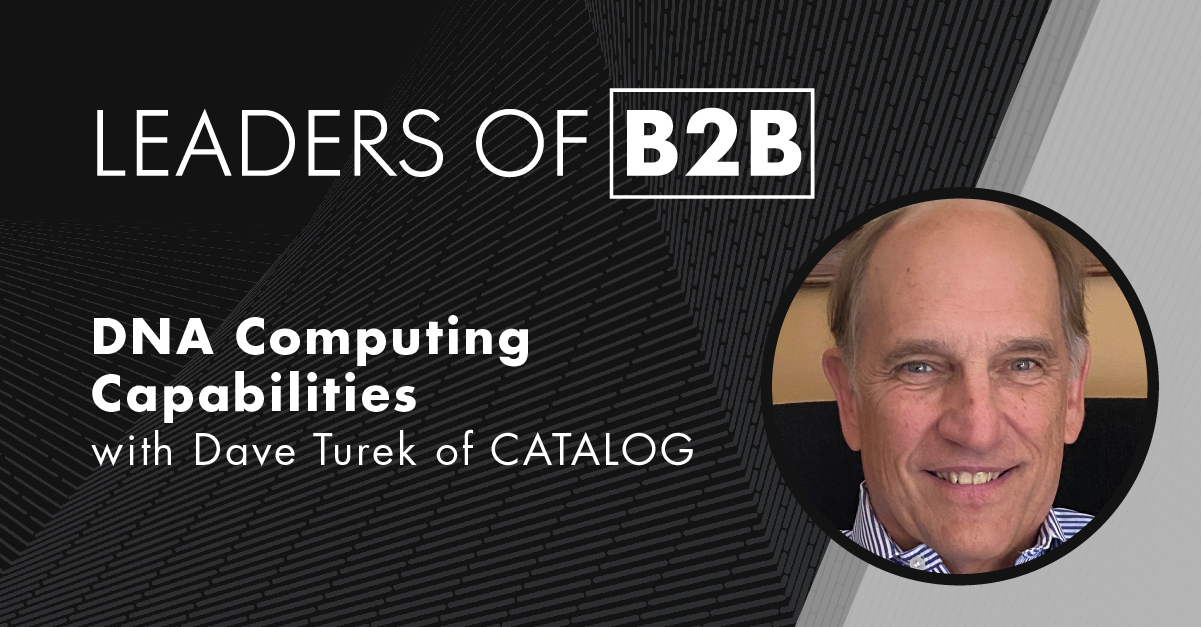 DNA is nature’s oldest storage device, our history has been unlocked through it.

What if information, data, memory, and history could all be stored in DNA? It’s not just amazing – it is possible and replicable.

Dave Turek spent a few decades of his career with IBM where developed and engaged in emerging technologies. In this episode, Dave talks with Ledge about data and pieces that evolved year after year after year until that same piece of data has become irrelevant. He then shifted his career to biotechnology.

Catalog demonstrated its sequencing technology by encoding Wikipedia into synthetic DNA! Their vision is to advance the commercialization of DNA storage and computing.

Dave talks with Ledge about  Catalog’s DNA storage innovation in this episode of Leaders B2B.

Previous Post
Leaders of B2B Podcast Episode 20: Focusing in on the Market with Di Di Chan of FutureProof Retail
Next Post
How to scale up your revenue operations from founder-led to sales-led